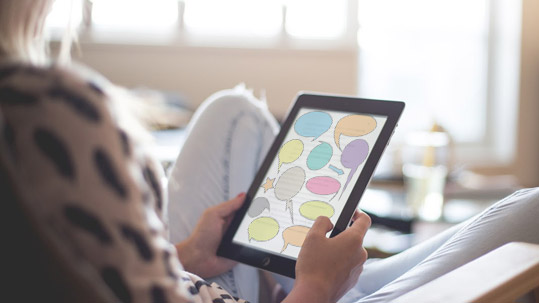 Staff Surveys are very powerful tools when used effectively. They help to understand the opinions of staff. However, they are blunt instruments when used in organisations without the expertise to use them to the full potential, writes Conor Hannaway.

Regretfully, there are many examples of people acquiring tools but not having the know-how or experience to get the best out of them. Microsoft Excel is a case in point. How many people can link spreadsheets, prepare a chart or sort data? The difference is, however, that you can get value from Excel with a limited knowledge of its functions. Staff surveys can totally misrepresent what staff are saying if not properly implemented or where the analysis of the findings is carried out by people with a poor understanding of how to extract meaning from raw data.

Given the increasing frequency with which organisations have selected organisation surveys, it is useful to look at ways to optimise their usage. In this article, we will look at a number of common problems and actions which people can take to ensure that they get the best possible value from the considerable investment involved in implementing them. We will look at some of the most common problems and then suggest some solutions. They can be summarised as: Why are we doing it? How are we doing it? What is the real meaning of the results? The process of survey feedback, which helps organisations to get the best out of staff surveys, was dealt with in an earlier article in this series and so has not been included in this article.

NOW STAFF ENGAGEMENT SEEMS TO BE THE ONLY SHOW IN TOWN.

One size fits all: This problem arises from the idea that there is one best survey. A good example of it comes from suppliers with the approach – here’s the survey, what’s your problem. The other way in which this problem arises has to do with current fashions. A couple of years ago, culture surveys were all the rage. Before that we had employee satisfaction surveys. Now staff engagement seems to be the only show in town. Quite a number of organisations have gone with the brand leader in engagement surveys even though the statistical basis for the findings have not been revealed and many academics have questioned the methodology underpinning the survey.

Survey technology is inexpensive and quite efficient. It is easy to take out a subscription package with Survey Monkey or some other provider and to believe that you are ready to go. It is not so easy. The validity, reliability and credibility rest very much on the questions asked. When organisations develop their own survey, they frequently puts a committee in place to develop the questionnaire without having any properly researched basis to underpin the design. An example of this flaw occurred in a sales company which put a lot of emphasis on team-work into their survey statements even though sales personnel had very little interaction with one another.

Even if the subject areas are correct, inexperience in constructing surveys may result in statements which are leading, ambiguous or have some other inherent flaw which stops them being of value. For example, one of the most frequently found phrasing errors occurs when questions contain two factors which are independent of each other. For example, a statement such as: “ Quality and safety are very important in this organisation,” does not allow respondents to agree favourably with one when disagreeing with the other.

The final area, which requires specialist expertise to address, is analysis of the data. Very often, there is no true analysis. The data is simply regurgitated by converting an excel download into a powerpoint presentation. Highs and lows (average scores) are identified, very often by a junior or inexperienced member of the team. Such a person may not have the experience to determine what is a ‘good’ result or to prioritise which results are most critical to organisation success. An average may be misleading in that it disguises a wide spread of opinions.

The survey report should also include some degree of a causal analysis. Such an analysis will differentiate between input and output factors and be able to identify the link between the two. This approach explores the real meaning embedded in the survey results. What are the factors supporting quality, high performance and staff retention? When an organisation gets to this level of analysis, it will understand the levers which have a significant impact on organisation ethos and performance. Then the survey really adds value.